Three terracotta Fuego wood fired ovens. Two highly successful Baratxuri restaurants. One incredibly interesting guy. Where do we start with this inspiring journey? At the beginning.

Joe Botham’s life story is a fascinating one. After studying flamenco guitar to a high level, he travelled to the historic Moorish city of Granada, in Spain, home of the stunning Alhambra, to hone his art. Whilst there, he was immediately drawn to the traditional way of cooking with fire and learnt the art from local Andalucian grandmothers. Joe was hooked.

Returning to the UK, Joe realised that earning a good living playing flamenco was unrealistic, so he decided to take his newfound passion and culinary skills and put them to good commercial use. 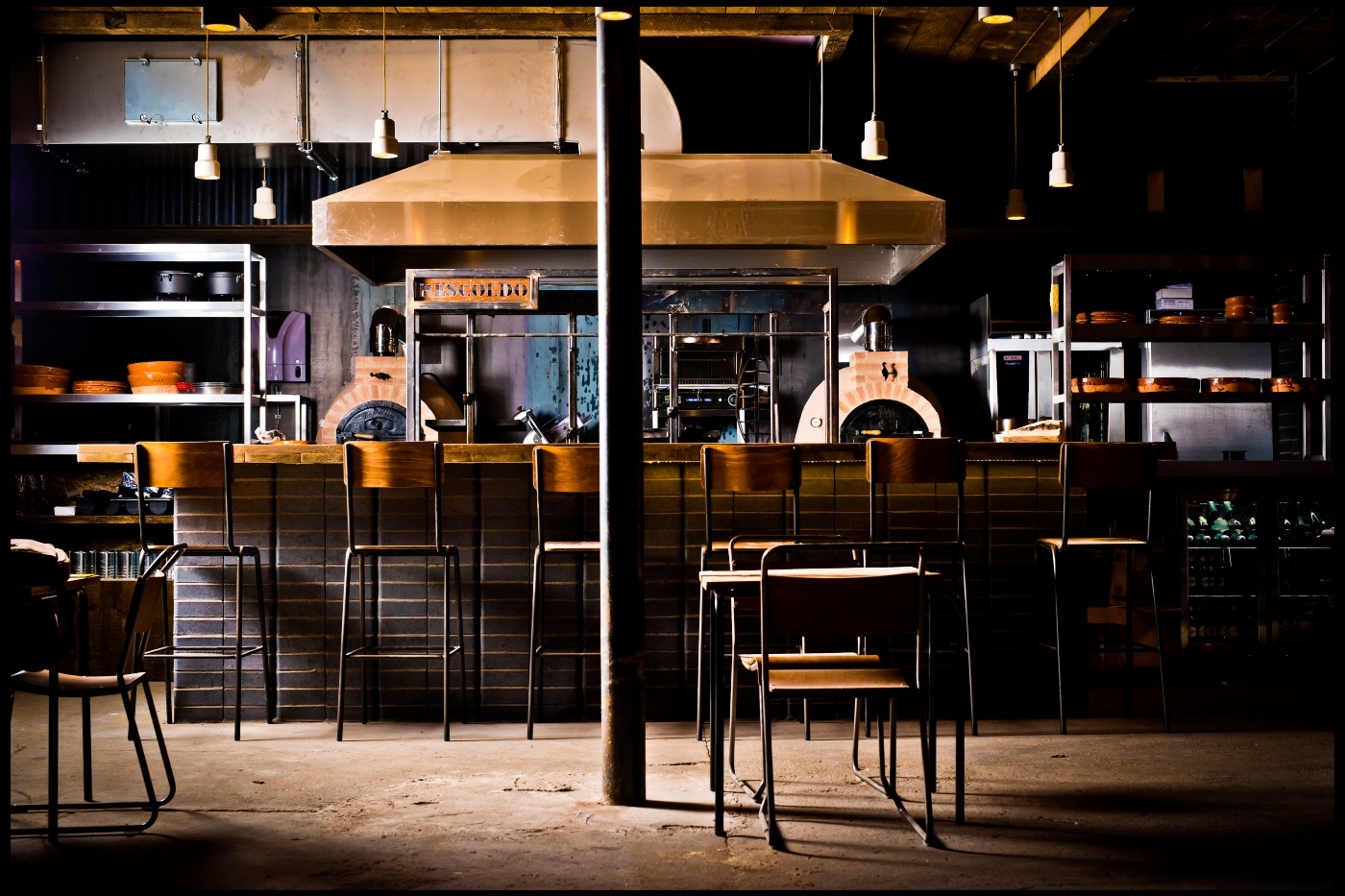 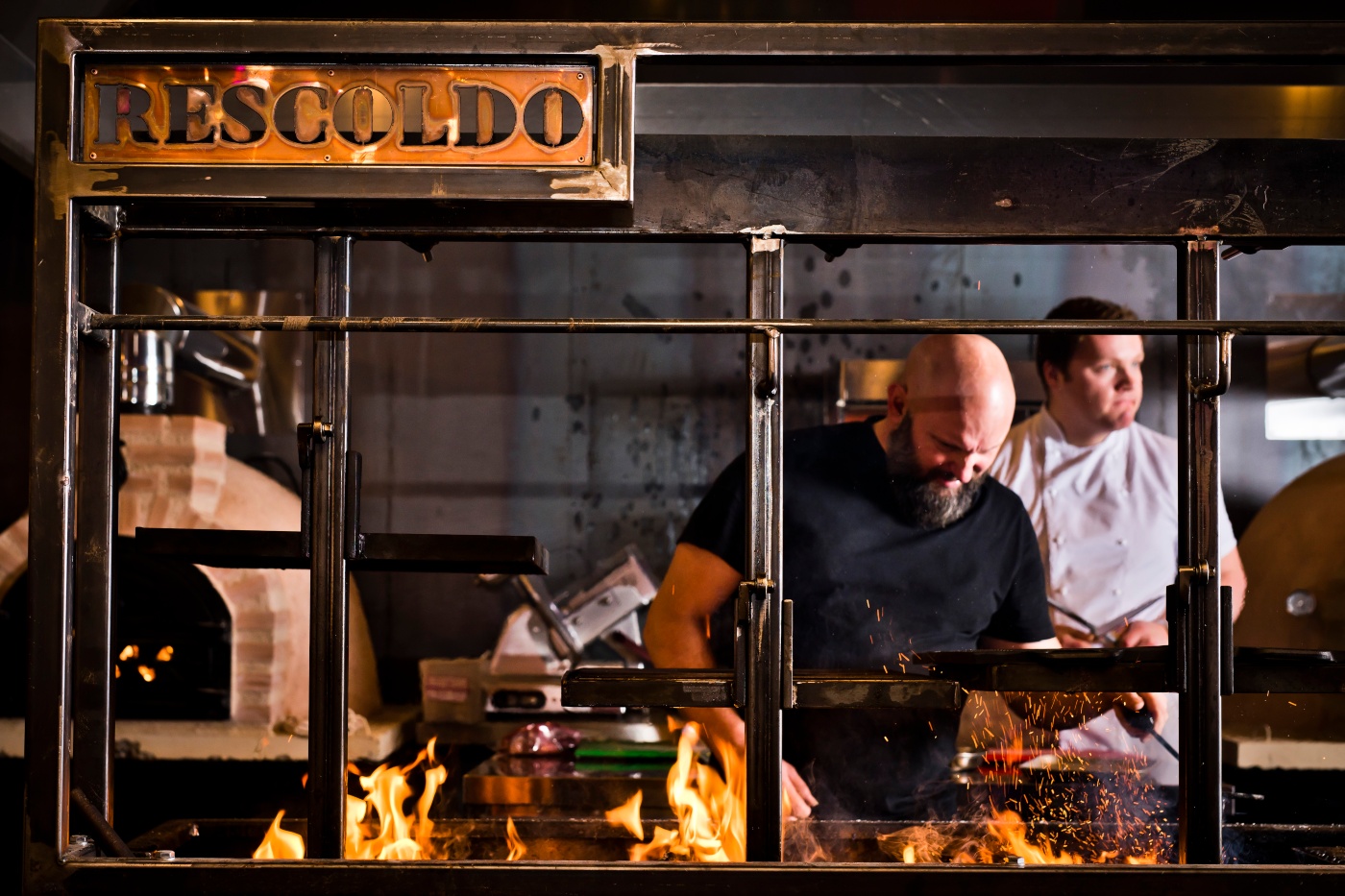 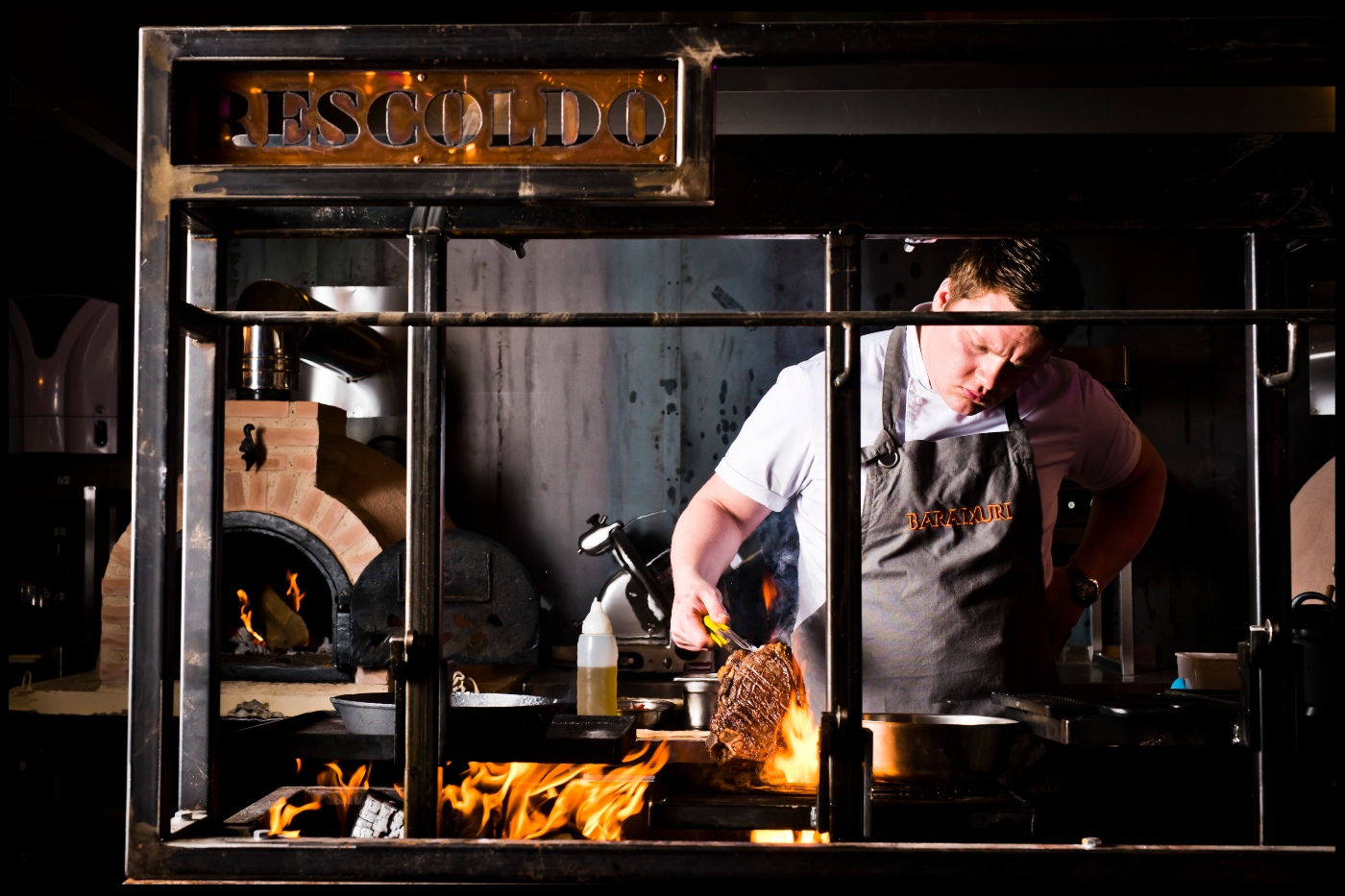 Joe began by combining flamenco and fire-cooked food by playing and cooking buffets at weddings. Thanks to his musical connections, in 2011, he then extended his offering to artisan Spanish cooking at festivals and markets. Using a local butcher and importing genuine homemade chorizo and cheeses from Spain, he cooked huge pans of paella and impressive flame barbecue grills.
Fast forward to 2014 and Joe opened ‘Levanter’ – a tapas bar in his hometown of Ramsbottom, Lancashire. After many plaudits in the national press, in 2015, Joe opened his first Basque Pintxo bar and restaurant ‘Baratxuri’. Realising he could extend into the vacant shop next door, Joe saw an opportunity to realise his dream of having a proper traditional Spanish wood fired oven.

“This is when I went to Spain with Basque chef Javier. I immediately fell in love with Fuego wood fired ovens.”

During a week in Spain with Fuego’s founder Javier De La Hormaza, Joe spent time seeing how Fuego ovens were made by artisan craftsmen the same way for centuries. They use local red fire clay specific to the Castile region of Spain which has unrivalled refractory qualities.
Joe returned, knocked through into the shop next door and installed an impressive Fuego Clasico Terracotta 80 wood fired oven which became an immediate success.

This was the moment word of Baratxuri spread like wildfire. The incredibly flexible multiple cooking methods of the Fuego wood fired oven took things to a whole new level.

“The Fuego wood fired oven is a brilliant piece of kit. The wonderful smoky aroma and flavour is incredible. That little bit of charring on the edges looks beautiful.”

Joe really does love the process of making and maintaining the fire in his wood fired oven. It harks back to when he was a child when the family house was powered by a wood-fired Aga cooker. He’d watch his mother slave and toil over it and distinctly remembers his dad raking it out and setting the fire each morning. Fire really is in Joe’s blood.
So successful was the first Baratxuri, Joe then expanded his ‘fire concept’ into central Manchester with a larger Baratxuri restaurant right in the centre of Escape to Freight Island. This unique urban market and festival space at Mayfield Depot, near Piccadilly station, has a string focus on food, drink, music and entertainment. Baratxuri outdoor barbecues were a huge draw for diners in the summer.

Joe installed not one, but two larger Fuego Clasico 90 wood fired ovens and partnered them with a traditional rescoldo wood fired grill. This not only provided a very durable cooking facility it also brought a huge amount of capacity and flexibility. This allowed him to expand the Baratxuri menu and offer a much wider choice of traditional Spanish meat, fish and vegetable specialities.

Despite the disruption of Covid-19, Joe managed to think on their feet during multiple lockdowns with he and his team at both restaurants flexing their offering to suit the takeaway and cook at home market. In Ramsbottom, Baratxuri At Home provided meal kits including short ribs and classics whilst at Freight Island, Joe offered a takeaway menu and even baked wonderful sourdough loaves in the Fuego wood fired ovens.

Baratxuri is the perfect demonstration of how the multiple possibilities of a Fuego wood fired oven can put fire into your cooking and open up a vast authentic culinary repertoire to chefs and restaurant owners. So much more than just perfect wood fire baked pizzas. 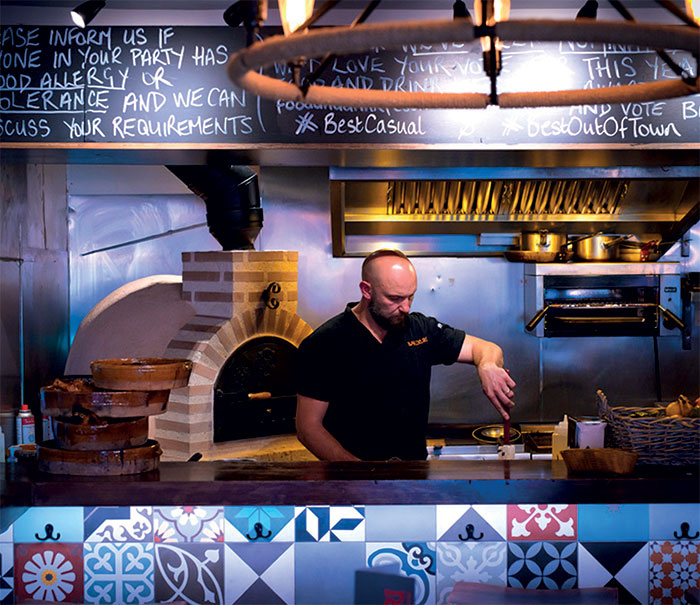 “Our Fuego wood oven has transformed our restaurant! As a piece of kit, it is extremely versatile and controllable, allowing us to roast all of our meats and vegetables in the wood burning oven as well as using it as a charcoal grill during service. The flavour of everything coming out of the Fuego clay pizza oven is incredible due to the amazing smoky, charred tones added to the smell and taste of everything that’s cooked in it. It is not expensive to run as all the kiln-dried wood we use heats the wood fired pizza oven pretty quickly and it retains its temperature really well, only needing to add logs to the fire a few times over the course of service.” 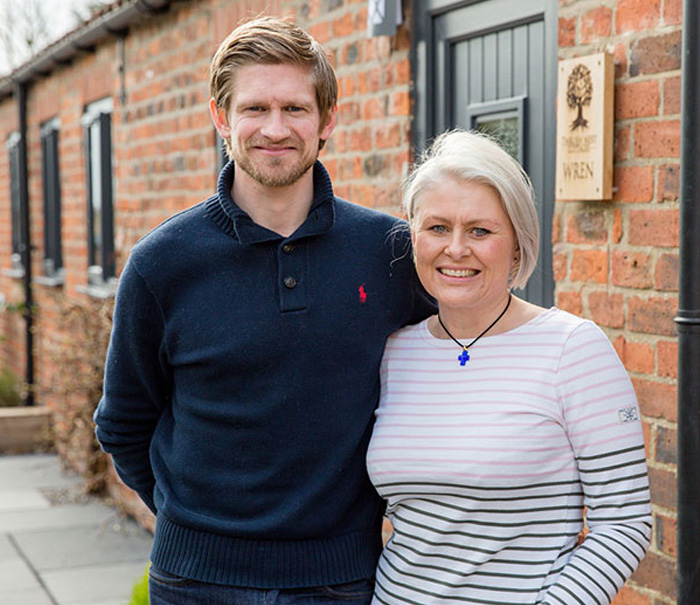 “We wanted a traditional wood oven that ticked lots of boxes, for us it had to be made of brick for the authentic feel, have amazing functionality and great quality. Our Fuego clay pizza oven ticks them all. Our pizza nights are such a fantastic feature for the guests that stay in our holiday cottages and it’s a great way of bringing friends and family together for making those special memories. Highly recommended” 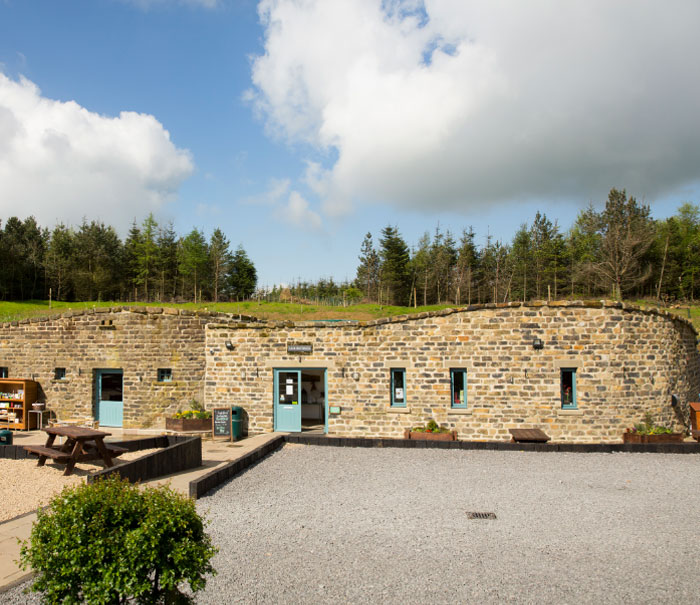 “The traditional methods used within its construction and the unrivalled ability to retain heat have thoroughly impressed us. It has been a welcome addition to our BBQ and live music events. We cannot recommend the Fuego brand enough and it has been extremely popular with our chefs and customers alike.”